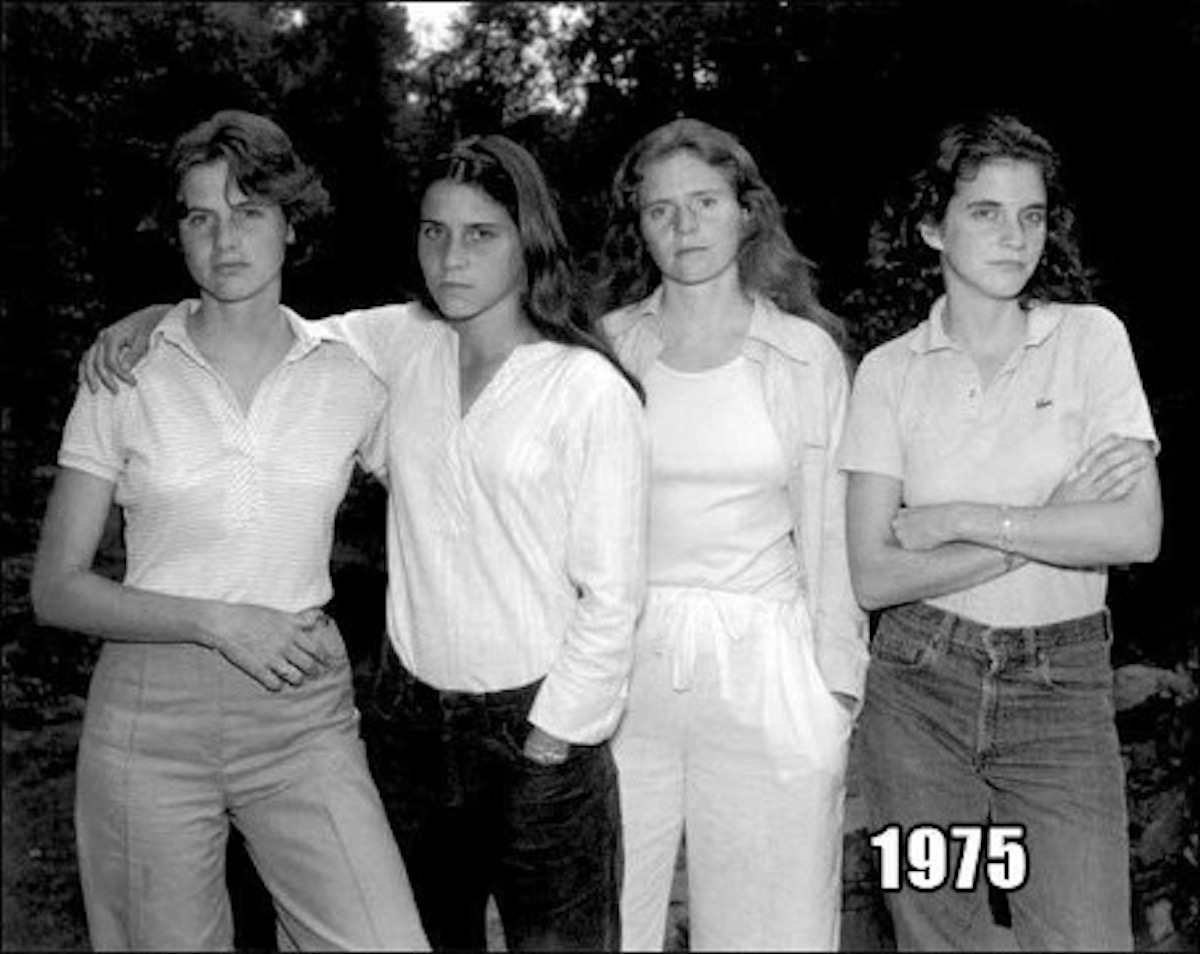 Family reunions can sometimes be very boring, tiring, and exhausting. During one of his visits to his in-laws, photographer Nicholas Nixon had the idea to do something special, he saw his wife and her sisters as inspiration. None of them had any idea what the development would be in the next 4 decades. Nixon was bored during a family dinner at his in-laws’ house. So he decided to do something about it. Not a bad idea…right? He asked his wife, Bebe, and her three sisters if it was okay to take a photo of them posing in the garden. Check out the rest of the stunning and poignant photos on the next page.